Not surprisingly, I believe that I have managed to put my foot on the brakes pretty hard to get back control of my life again! I have made a real effort to slow things down. And if you have been reading my posts you will understand why I needed to do that. I feel as if I have been running at this at high speed since late May and need to calm things down. But its what I do!! When I make my mind up to do something, I can commit totally to whatever that maybe. Sometimes to cost of many other things including myself.

So, moving on to plans for this Thursday morning, I am going to look at another house. I hope also that I may get to see a few, but I am specifically driving to see one. Oddly I have not ad a call from the property agent about my recent offer on the house I found before. So my first objective is to question her to learn why!

Reflecting on the past week, I should mention a couple of things here. When I returned to work last Friday it was also to play two nights with two different groups on the Friday and Saturday evenings. Two nights off from the kitchen! Saturday morning, I had to go to a meeting at my solicitors to sign the sale papers with the Parisian couple who have bought the house. A step forward that ties everyone to the sale. However, they need to raise finance to buy the house and in France, you can do that after signing to buy a property. But, I feel confident that they are able to manage the purchase. I now have a moving date of 11 November as the latest date. Possibly a little sooner depending on a couple of variables. Hence I need to find a house fairly soon to avoid problems.

Things with my daughter remain on hold here and I am dealing fine with that now. I have spoken with my ex who has kept me in touch with how things are going for her and my daughter. I have spoken with Karen frequently and this has become a normal activity between friends. I will see her later today after the house viewing as she has invited me for lunch and will go with me in the afternoon to see more houses hopefully.

Last night I met with a couple who are very dear friends and the first couple I came out to. Several weeks after putting them in the picture, we eventually got to meet up and talk, a lot about me. The evening was filled with many questions, which I was happy to answer. I learned of their feelings, which had been mixed at first. Because we had become such close friends, she had felt a little angry after learning about me because I had not been honest with them. It had made her question me and things that I had said. I understood that and was happy to hear that they had no issues at all about me or my life. We talked for quite some time and every aspect of my life and my intentions were covered. I was happy and that their interest in me was was encouraging. I parted late last night in the knowledge that my instincts where right about confiding in them and I can take them forward in my new life.

I now have to get myself ready for the drive to see the house so here I leave things until I return later today.

It’s 10.30pm and I think I can finish this tonight before I sleep.

A couple of photos of Bellac where I am looking to buy a house. This is the old part of the town where I have just found a property that looks interesting. 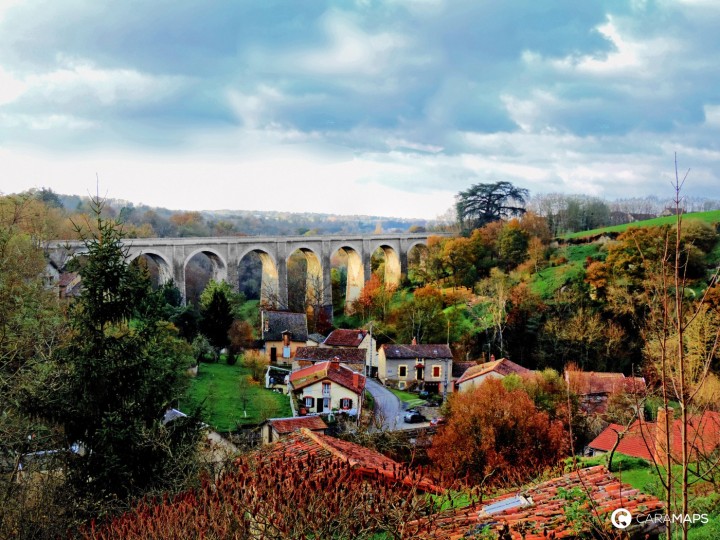 It has been a  good day. I discovered that I had misunderstood the property agent after I made the offer on the house. I should have called her last Saturday to confirm the signing of the sale of my house – oh well!. I had thought she was calling ,me with a response to my offer. Anyway, to get to the point, I looked at another house that did not live up to expectations. So before going we left that house, I decided to ask if I could reduce my offer by 2,000 on the one that I still liked. She pulled a face, but agreed. I said that it was simply a lower starting point.

In essence I have good feeling about the house and have had since the first viewing. I hope that this is founded. I also learned that there is a lot more than I realised in the town which makes it an even better place to live for me. I had a nice lunch with Karen today and she drove around the area to allow me to see a little more of the town. Collected one of her dogs from the vet and returned to her home.I have to say that by this time I was starting to feel tired and after a short chat I left for drive home.

Work again tomorrow and only one more weekend remaining after this. Although I have been asked to cover 13 & 14 of September. I will have to discuss the conditions for two days, as the economics are not good for me. Today, my morning will disappear rapidly as it always does when I have to return to work. But this week I really am in a much better place. I may even perform a solo concert at the restaurant next weekend, in a way as a farewell. If I do this, I think it would signify the end of much in my life and possibly be quite emotional!  I would also need to practice a lot of the set as I haven’t played many of the covers I play for quite sometime. Playing the two concerts with the bands recently reminded me of just how much I enjoyed performing live music. Four years ago at the restaurant when I had performed solo, a couple of people had suggested that I should  play solo instead of in a group, saying that it was much more enjoyable and how good I was. I am not a confident performer, I simply love music and enjoy playing. Haha – I think I have just confirmed my concert! My ambition is to be able to perform as Sophie, and would like to try and improve my signing technique and not sound quite so gruff and more feminine. I think that is as much about my acceptance of what I am and maybe I need to stop worrying about that!

This site uses Akismet to reduce spam. Learn how your comment data is processed.